Welcome back! It’s our third installment in our decluttering series with Professional Organizer Nadia Arbach!

To refresh you, Nadia is a professional declutterer specializing in creative workspaces. She opened her business, Clear the Decks!, in 2015, as a general declutterer. But as a quilter and sewist herself, she connected most with her creative clients.  Nadia also fully understood the clutter that can come with fabric, patterns, and sewing tools. Nadia is the host of the ‘Declutter and Organize Your Sewing Space podcast, which she is turning into a book. She’s developed online self-study courses to help creative women make the most of their creative workspaces. Nadia also coaches creative women who need a push to get their creative work done! You can find her at Clear the Decks. And we are thrilled that she’s here.

When we first met Nadia, she explained how her own creativity influenced her decision to work exclusively with creatives in her business. Next, she explained the 7 Behaviors that Lead to Clutter.

Today, we’ll discuss the mindset needed to overcome those habits!

Nadia, what do you find to be the hardest part of making the decision to declutter?

Deciding that you’re going to be an uncluttered person. Most people with clutter just think of themselves as being a cluttered person. Shifting your mindset is the most important thing, but it’s also the hardest. If you’ve always thought of yourself in a certain way, it can be so ingrained that you don’t even realize you’re doing it!

What are some of the reasons that people avoid decluttering?

It sounds funny to hear it, but clutter can be a great excuse. I think that’s the main reason people avoid decluttering. Clutter is something obvious to blame when we’re tired, irritated, bored, stressed, or experiencing other negative emotions. Sometimes we let the clutter take the blame instead of taking responsibility for ourselves and for our creative dreams.

Clutter’s a great scapegoat to blame when what’s really going on is that we fear our creative work isn’t ‘good enough’. We can always blame the clutter if we make something that didn’t turn out the way we wanted it. If only our table had been clear! If only we could have found that tool we needed!

But what’s really underlying that is our fear of creative failure or our fear that others might judge our creative work. Our defense mechanisms tell us to let others judge our mess instead, which doesn’t hurt as much. There are so many layers of this to uncover!

How do you suggest we come to terms with the feeling that everything in our workspace has value — which makes it hard to know what to do with it?

At one point, each item in our creative workspace did have value. We chose to bring it into our home for a reason. But it may not be serving us anymore in the way that it once did, or perhaps it never served us in the way we wanted it to. Anything that’s not serving you the way you need it to serve you right at this moment can be let go.

Regarding the beautiful things that we love and cherish (but we know deep down we’ll never get around to using) — the ones that may seem to have value for us because they still inspire us — it’s a question of weighing up what has more value: the beautiful things we’ll never use? Or the space we could clear if we let them go. Would you rather have a lot of lovely stuff, or would you rather have lots of space to let your mind and soul be as creative as possible?

For those people who go through the process or already feel organized …what are some daily or weekly habits you recommend to keep their life in check?

Staying mindful of the behaviours that lead to clutter is the most important thing. Also useful is cultivating a habit of making sure that your workspace is clear at the end of a session so that you can pick up a project and work on it right away next time.

Why is it that you do what you do? What do you hope to give back to the world?

I love to help people unleash their creativity. Seeing someone who was blocked by mental or physical clutter let go of the things they no longer need so they can move forward with their goals always makes me feel so good! I know how it feels to be blocked by clutter, and I know the joy of having a clear and inspiring workspace. I hope to give creative women everywhere the skills and the self-belief to overcome that clutter and achieve their creative dreams.

Thank you so much for all of your insightful tips, Nadia! And now, we’d like to hear from YOU, our readers!

To Discuss: How do you feel about decluttering? Does it overwhelm you? Excite you? Frighten you? We’d love to start a conversation! Leave a comment below so we can chat!

If you’d like to share an article or essay on topics related to: creativity, sustainability in craft, living and crafting mindfully, or craft room organization — we’d love to hear from you!

Or, if you’d like to curate a playlist for FeelGood Friday, send us a note!

How Can We Be “Better” Makers?

END_OF_DOCUMENT_TOKEN_TO_BE_REPLACED

How to Have a Successful Destash Part 5: Status Updates

END_OF_DOCUMENT_TOKEN_TO_BE_REPLACED

How to Have a Successful Destash Part 4: Shipping

END_OF_DOCUMENT_TOKEN_TO_BE_REPLACED

How to Have a Successful Destash Part 3: Listing Fabric

END_OF_DOCUMENT_TOKEN_TO_BE_REPLACED

How to Have a Successful Destash Part 2: Photos

END_OF_DOCUMENT_TOKEN_TO_BE_REPLACED

Sign up with your email address to receive news and updates.

Something to FeelGood about! - Shipping is always FREE on all orders.

Start typing to see posts you are looking for.

Join the email list to be the first to learn about destashes
and to receive the free Good Vibes quilt pattern in your inbox! 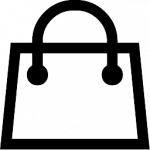